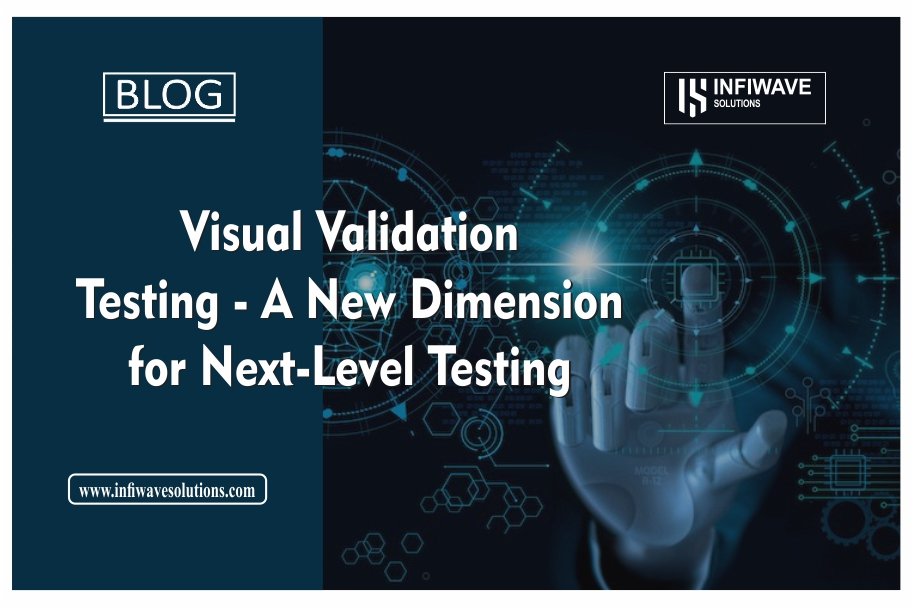 An effective software Tester is known for an all-round testing of an application. The expectations often are – to test even the smallest of issues in the user-interface. However, the traditional methodologies of testing often focus more on the performance side of things and may overlook the visual elements. The need for improving the output of testing brought forth a new kind of Testing called – Visual Regression Testing or Visual Validation Testing.

Teams qualified and trained to perform this form of testing are exceptionally well-versed with UI aesthetics and they are quick to identify disparities between the original architecture and the final application features.

What is Visual Validation Testing

Software quality assurance activities such as visual regression testing and visual validation testing include quality assurance activity that determines whether the visual aspects of an application’s user interface appear appropriate to the user. A different name for it is Visual Validation Testing. Its goal is to ensure that the correct data and content are shown to users at the application’s front end.

Its goal is to ensure that the correct data and content are shown to users at the application’s front end. Additionally, it verifies the arrangement and appearance of every visual component on the user interface as a whole.

Regression testing ensures that any changes made to the software do not disrupt anything that was previously operating correctly.

The Importance of Visual Validation Testing

User experience and User Interface together contribute to delivering a compelling customer experience. For providing a better user experience, visual testing becomes very important because a more appealing visual design can be perceived as more usable by the user. In addition, it solves a problem by making things easy to search and understand – for the user.

Considering its significance, businesses should invest a sizable amount of time and resources in visual testing. When combined with existing developer tests, it can assist you in detecting visual issues early in the development lifecycle.

There can be two tools used for testing the performance and functionality of the application as it is expected to work, one is the manual way and the other is via using some automated tools. Effective functionality testing is crucial to ensuring that the application operates without a hitch. That is why incorporating visual testing would considerably enhance the testing as a whole. As a result, this testing is frequently conducted along with functional testing.

In this process, there are two methods of visual testing:

Visual validation testing becomes crucial for a software application to function properly across a range of screen sizes, mobile devices, operating systems, screen resolutions, etc. This form of testing is just as important as functional testing when the goal is to to provide a positive and compelling user experience. When coupled, functional and visual testing can offer extensive test coverage and take the application to the next-level of customer delight.

We use cookies on our website to give you the most relevant experience by remembering your preferences and repeat visits. By clicking “Accept”, you consent to the use of ALL the cookies.
Do not sell my personal information.
Cookie SettingsAccept
Manage consent

This website uses cookies to improve your experience while you navigate through the website. Out of these, the cookies that are categorized as necessary are stored on your browser as they are essential for the working of basic functionalities of the website. We also use third-party cookies that help us analyze and understand how you use this website. These cookies will be stored in your browser only with your consent. You also have the option to opt-out of these cookies. But opting out of some of these cookies may affect your browsing experience.
Necessary Always Enabled
Necessary cookies are absolutely essential for the website to function properly. These cookies ensure basic functionalities and security features of the website, anonymously.
Functional
Functional cookies help to perform certain functionalities like sharing the content of the website on social media platforms, collect feedbacks, and other third-party features.
Performance
Performance cookies are used to understand and analyze the key performance indexes of the website which helps in delivering a better user experience for the visitors.
Analytics
Analytical cookies are used to understand how visitors interact with the website. These cookies help provide information on metrics the number of visitors, bounce rate, traffic source, etc.
Advertisement
Advertisement cookies are used to provide visitors with relevant ads and marketing campaigns. These cookies track visitors across websites and collect information to provide customized ads.
Others
Other uncategorized cookies are those that are being analyzed and have not been classified into a category as yet.
SAVE & ACCEPT