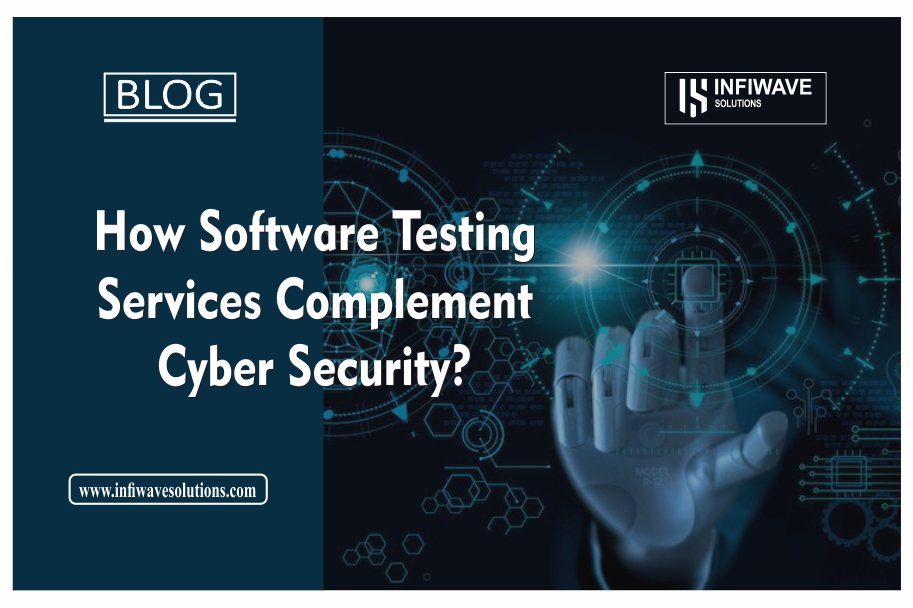 If it is the age of cutting-edge technologies and high performing software, it is also the times where the most “intelligent” cyber attacks occur. Simply put, launching great software is not enough. It may still not govern an overall success of any organization/business or application. The ability to protect data and intellectual property from cyberattacks is a vital factor governing success. Hence, when it comes to testing vulnerabilities, preventing and safeguarding, anything average can simply not work.

Since hackers have increased their arsenal to breach, cyber security becomes a top priority in development and planning. It is critical to understand that cyber-attacks can take various forms, affecting both small and large businesses. Cybercriminals are known to use cutting-edge technology to attack digital systems in order to steal critical data from businesses.

This approach has grown in popularity over the last few years, and software testing has become recognized as a reliable defense against online threats.

Software testing services play a vital role in the cyber security industry. They are responsible for identifying and eliminating vulnerabilities in software before it is released to the public. This can be applied to any system or application that has been developed, such as websites, mobile apps and IoT devices.

The irony exists in the approach many developers or decision makers adopt when recognizing system problems. The lack of knowledge about software development practices and the emphasis on already released software products leaves a significant disparity for hackers to capitalize on.

As a result, the critical nature of software testing is revealed in such circumstances. Software testing can be easily incorporated into your company’s organizational framework. The first step is to assemble a team of software experts experienced in security design. In addition, it is critical to implement precise quality standards all along the pipeline to help ensure increased safety. With this arrangement, security will remain a chief priority as the process moves through the pipeline’s various stages.

Penetration Testing as the Hero In Cybersecurity

According to various surveys, nearly 3/4th of cyber attacks are the result of an insecure application that includes a poor security code. Because applications are increasingly being outsourced to the global population, they have become the main targets for cyber-attacks. As a result, it is critical for an organization to ensure the quality of the source code that helps connect to the application. With the proper application of penetration testing, such problems can be cleverly avoided.

A penetration test, also known as a pen test, is a simulated cyber attack that targets your system with the intention of exploiting key vulnerabilities. Penetration testing is helpful for ratcheting up a web application firewall.

The goal of these services is to make sure that the software does not demonstrate any vulnerabilities or flaws that can be exploited by hackers.

How to Switch to Advanced Cyber Penetration Testing

Advanced Cyber Penetration Tests are another important software analysis considered for increasing cyber security. The approaches levied by the cyber attacker are incorporated into this arrangement to avoid possible cyber-attack incidents.

Pen testers must conduct an analysis of the technical landscape in a manner similar to how cybercriminals use advanced and powerful technical tools to plan their next move. With the aid of this procedure, they are capable of identifying any impending attacks. To successfully fix bugs associated with devices and public networks, the same set of tools used by cybercriminals is preferred.

Now that we are aware of it, software testing has expanded into the realm of cyber security to provide a more elevated level of protection. An organization’s ability to raise barriers against potential cyberattacks depends on the work of security testing specialists.

Software testing has fundamentally transformed the way we think about cybersecurity. Considering the current scenario where organizations are always surrounded by threats from cyber breaches and malicious activities, deploying a reliable software testing scheme should be on the agenda. The restricted dissemination, however, causes grave concern on a worldwide scale. Experts advise firms to work harder to comprehend the level of security testing they need to implement to prevent cyberattacks.

We use cookies on our website to give you the most relevant experience by remembering your preferences and repeat visits. By clicking “Accept”, you consent to the use of ALL the cookies.
Do not sell my personal information.
Cookie SettingsAccept
Manage consent

This website uses cookies to improve your experience while you navigate through the website. Out of these, the cookies that are categorized as necessary are stored on your browser as they are essential for the working of basic functionalities of the website. We also use third-party cookies that help us analyze and understand how you use this website. These cookies will be stored in your browser only with your consent. You also have the option to opt-out of these cookies. But opting out of some of these cookies may affect your browsing experience.
Necessary Always Enabled
Necessary cookies are absolutely essential for the website to function properly. These cookies ensure basic functionalities and security features of the website, anonymously.
Functional
Functional cookies help to perform certain functionalities like sharing the content of the website on social media platforms, collect feedbacks, and other third-party features.
Performance
Performance cookies are used to understand and analyze the key performance indexes of the website which helps in delivering a better user experience for the visitors.
Analytics
Analytical cookies are used to understand how visitors interact with the website. These cookies help provide information on metrics the number of visitors, bounce rate, traffic source, etc.
Advertisement
Advertisement cookies are used to provide visitors with relevant ads and marketing campaigns. These cookies track visitors across websites and collect information to provide customized ads.
Others
Other uncategorized cookies are those that are being analyzed and have not been classified into a category as yet.
SAVE & ACCEPT